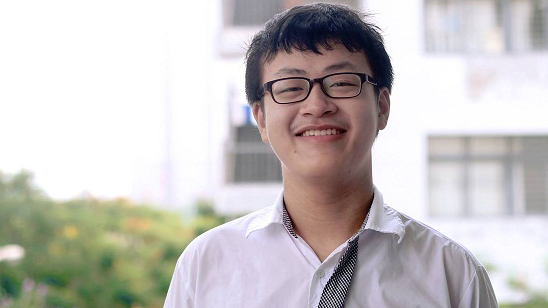 Dưới đây là bản gốc tiếng Anh bài viết về “The School of Athens” của Tiến Thành.
Aristotle is earthly; Plato, otherworldly. The thinkers are secular, but the architecture is Christian. The greatest High Renaissance artists—Michelangelo, Leonardo, Bramante—merge with the greatest minds of ancient Greece. Light floods the fresco, the light of an age of classical-antiquity revival, of the artist-humanist, of spiritual and intellectual reconciliation. Initially, I believed The School of Athens could be understood only as the glorious rediscovery of the ancient Western tradition by Renaissance Europeans. What value has it for a Vietnamese like me, brought up in a fundamentally different time, culture, and education system? Yet closer study revealed that the painting represents an ideal of learning as universal as it is inspiring: relentless, unhindered critical inquiry that crosses physical, cultural, and disciplinary boundaries. Resonating from ancient Athens through Renaissance Italy to modern-day Hanoi, where I live, the ideal depicted in Raphael’s School salvages the hope that, despite cultural and political restrictions, love of knowledge will prevail.

The title The School of Athens is a misnomer that conceals Raphael’s broad vision of learning. Banners over the fresco, which was painted between 1509 and 1511 under the commission of Pope Julius II, read Causarum Cognitio, meaning “Seek Knowledge of Causes.” With that, Raphael seems to suggest that what unites the figures is neither an institution nor prestige, but a common quest for knowledge and wisdom (“knowing why,” as Aristotle put it). The work is not so much a glorification of the great thinkers of antiquity as an extolment of the process of learning itself.

Raphael conveys the life of the mind through physical activities. Nowadays, we tend to take this conception of intellectual engagement for granted; back in the early 16th century, however, it was revolutionary. According to Glenn W. Most in “Reading Raphael: The School of Athens and Its Pre-Text,” in the tradition of personifying the seven liberal arts in painting, philosophy had usually been portrayed as an idealized woman flanked by male philosophers. Though alluding to this tradition by painting an enthroned lady on a tondo above the fresco, Raphael separated her completely from the central scene, allowing Plato and Aristotle to dominate. While scholars have focused on the contrast and balance between Plato and Aristotle—everything from their hand gestures to the colors of their clothing—what impresses me the most is Raphael’s decision to emphasize not an idealized personification of knowledge, but ordinary mortals immersed in the process of seeking knowledge through demonstrating and debating.

In fact, while having fun identifying each figure, I was surprised at the pluralism and inclusiveness of Raphael’s vision of learning. By some counts, only a third of the figures hail from ancient Athens; others lived far beyond that time or place. Raphael even included thinkers from outside the Western canon, including Zoroaster, a prophet from ancient Persia, and Averroës, a medieval Islamic scholar and an interpreter of Aristotle’s philosophy.
These two figures also challenge the common understanding that the various thinkers can be neatly separated along the idealism-realism axis between Plato and Aristotle. Averroës was a brilliant physician, physicist, and astronomer, yet he is placed on the side of the idealist Plato, and is consulting Pythagoras, who is often associated with mysticism. Similarly, Zoroaster, who resembles an astrologer holding a celestial globe, represents the practice of studying the stars and planets in order to divine human affairs—thus blending heavenly and earthly studies. All of this seems to recognize the spirit of inquiry as being fully inclusive, crossing temporal, geographical, cultural, and disciplinary borders.

Inspiring as that vision of learning may be, I still wondered where the viewer fits in. Should we simply gaze upon these great figures with admiration for their relentless pursuit of knowledge? Robert Haas, in Raphael’s School of Athens: A Theorem in a Painting?, offers an edifying answer: “Raphael is here painting not a historical gathering, but a Renaissance library collection.” According to Haas, the philosophers personify their books. I find this interpretation intuitive, because the fresco was painted on a wall of the Stanza della Segnatura, then the pope’s personal library. It also hints at a greater truth about the study of classic books. To portray the great thinkers, Raphael employed illusionism, a technique that makes the figures appear to be in the same room as the viewer. Thus, the viewer becomes not simply a passive observer of preserved knowledge, but a participant in ongoing conversations that span countries and centuries.

With this interpretation in mind, I’ve come to view Raphael’s fresco as an invitation to engage with the great thinkers of the past—to learn from or question their ideas. Unfortunately, such an invitation has been largely withheld from students in Vietnam. Here, ideological constraints in the modern education system along with a tradition of rote learning have resulted in limited exploration of a narrow range of ideas. For instance, in mandatory high-school civics courses, “philosophy” is introduced only to advance Marxism-Leninism. Ideas seem to be taught not so much for critical study as for nation building, through the promotion of a single worldview.

But rather than being pessimistic, I am inspired by the notion that The School of Athens represents a personal library, for it suggests that if we recognize the need to unlearn the habits of our formal schooling, and strive to be independent thinkers and engage with books, we can still attain true wisdom. Moreover, the painting’s historical context gives me hope that in the future, the pursuit of knowledge in Vietnam might flourish. Just as prosperity and leisure time enabled ancient Athenians to contemplate high-minded ideas, and a surge of wealth due to trade ushered in the Renaissance in Italy, Vietnam’s rapid economic growth might be changing its intellectual scene. More individuals are pursuing education and employment abroad, then bringing back new ideas and methods of learning for younger generations. An increasing number of foreign-language learners means that works by a wider range of thinkers can be translated, examined, and discussed. Though we have far more work ahead, it is promising to see debate organizations and experimental-learning communities sprouting up. In Hanoi, for instance, an informal organization called the Integrity Network has brought together a group of leading theorists and students in the humanities and social sciences to form Reading Circle Vietnam, whose participants discuss books and debate with experts on a variety of topics. The questions posed, on topics ranging from democracy to liberty to feminism to the validity of Vietnamese nationalism, keep getting bolder and encourage contrasting perspectives. Although still small in scope, these initiatives seem to be pioneering a trend of which I am happy to be a part.

This encouraging sign proves that rather than mindlessly absorbing a single perspective, more and more Vietnamese youths are interested in seeking alternative viewpoints from around the world, especially in the realms of history and politics. Yet we can still do better in extending Raphael’s ideal of critical inquiry into our intellectual endeavors. For example, recently, members of a club of high-school and college students interested in international relations, including me, began reading the works of Henry Kissinger. We admired his effective realpolitik and noble-minded interpretation of American diplomacy. Indeed, there is something to learn from Kissinger’s efforts to end the Vietnam War and normalize U.S. relations with China. However, upon further research, I find it troubling that there was no debate or even acknowledgment among us of Kissinger’s actions (some critics have called them war crimes) in supporting secret bombing in Cambodia, massacres in what was then East Pakistan, and oppressive regimes in Latin America. Perhaps due to a lingering tendency to accept the authoritativeness of “great ideas,” instead of carefully examining them, we simply treated his thoughts with reverence. Our approach was far from the one immortalized in Raphael’s painting.

The most insightful lesson I derived from The School of Athens is that the great thinkers are there not for us to respect unquestioningly, but rather for us to question respectfully. For me, the work is powerful ultimately because it reminds me that even under my country’s circumstances, individuals who love learning can work toward the ideal it depicts. The universal spirit of intellectual freedom and critical inquiry cannot be subdued, and while I look forward to seeing the painting in person someday, I will always strive to establish a personal School of Athens wherever my quest for knowledge takes me.
(Theo The Atlantic)
Posted by WayUp